Thieves shall still be shot 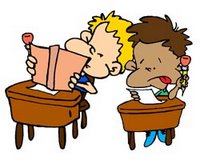 There are only about two or three politics and news/current affairs programmes and that are allowed to be self-referential. They are: PM and Broadcasting House, both on Radio 4, and This Week and the Daily Politics on BBC1/2. The programmes are so good that they can be, in my opinion, self-conscious entities that can refer to themselves as sentient beings. I love these programmes, so surely they must be alive. Imagine my chagrin and sense of betrayal when I suspected that PM has stolen one of my ideas. I spent a lot of last week hawking the Alamieyeseigha story, and one of the first people I approached was PM. I was told that it was a good story, but "it isn't one for us". This evening, I'm told by someone who was listening to Radio 4 that my Bayelsa story was on PM. So if you listen back to PM at about 55 minutes into the programme, you'll hear the two-way between, Eddie Mair, the presenter, and Mark Doyle, BBC World Affairs editor.

a) get in touch with the person at PM who turned the story down, tell her that she's a thieving beeyatch, and tell her I know where she works (cos I do)?

b)send her a bill for say, £150, with a note attached saying, "I see you eventually used my idea, nice doing business with you".

c)or do I mollify her by saying that I see that PM used a similar programme idea to mine, that it seems I might know the tone of the programme, and would it be okay if I sent her more ideas?

Well, I'll be plumping for c, and this is why. I have no evidence that the reason PM decided to run the story today Monday, six days after they turned me down, had anything to do with my original pitch. The fact that troops have moved into Bayelsa might have given an additional element to the story and the need to run it. Another reason to run the story might have been OBJ's letter to Tony Blair asking why DSP Alamieyeseigha aka Tina, skipped bail on his watch.

In the media, it's always difficult to claim ownership of an idea. Great minds and not so great minds think alike, so chances are that someone else is thinking up the idea you think is exclusive to you, the very same idea you think will definitely buy you that personal Pacific retreat. Meanwhile, my rottweilers are on the prowl looking for plagiarisers to masticate. Beware of dog.
Posted by Nkem at 19:27

Lol! your post was too funny, i would go for option c *evil laughter*

hope it works this time

sorry for posting on the wrong page, i had a number of windows open. Apologies.