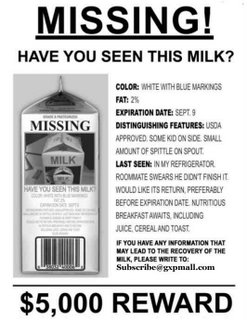 I speak to my mother nearly everyday. Now this wouldn’t be such a big deal if she had one of those new fangled call any-number-at-any-time-of-the-day-for-half-a-penny-an-hour telephone deals. But she doesn’t; and she lives in Nigeria which has seen a huge boost in mobile phone usage in recent years. I’m a mama’s boy, and I’m glad I speak to her quite often, even though I sometimes wonder if she’s just showing motherly love, or keeping tabs on me.

A few weeks ago she called me to remind me of an episode on one of our many holidays together. When I was four, on a trip to France, I went missing while we were shopping in Paris. I was gone for over thirty minutes, and being her only child, she was sick with worry. The kind of worry only a mother could understand. She eventually found me in a little corner in the shop. It turns out that I hadn’t disappeared due to some quirk of Parisian boutique geography, but was in hiding because I wanted to have my picture displayed on screens across the city, with the caption, “il a perdu” – he is missing.

My mum remembered the story because of my recent appearance on primetime television. My desire to have my mug plastered on television screens across the country has finally been realised, even though it was under less frivolous terms than my toddler self searching for the proverbial fifteen minutes of fame. My recent appearance was Question Time. Okay, so I was commenting on Liberal Democrat skulduggery in ousting Charles Kennedy, it is still not that frivolous.

The story reminded me of other instances of me going missing, or going off the radar when an adult should have been with me. While on holiday with my uncle I went missing for a few hours in London, aged six. I remember sitting on a park bench crying, and an elderly woman sitting beside me trying to find out what the problem was. I was eventually rescued by a PC who’d been briefed on the police radio about my disappearance, and whisked me back to my uncle’s house. A bank of squad cars were parked outside, and as I walked in everyone was sitting down in solemn contemplation, probably pondering on how to explain to my mother that they’d misplaced her only child.

By the time I was 8, I had started travelling on my own. My “unaccompanied minor badges” were always a source of pride, which I was later told by my friends wasn’t a cool thing for a youngster to wear. On another holiday, I was supposed to leave my holiday camp in Nantes in France to spend a few weeks with family in London, with a day in transit in Paris. I should have been picked up by my mother’s friend at Orly airport, but he’d abdicated the responsibility of picking me to one of the sultry secretaries he always had around the office.

Needless to say, nobody picked me up, nobody could be reached. To make matters worse, snow globes of Mont Saint Michel which in my generosity I’d bought for my mother, had not arrived, along with the rest of my luggage. There was just my hand luggage, which for some odd reason, had my pyjamas in it, and thankfully some telephone numbers for family in London. British Airways helped make calls to London, where I flew straightaway. So there wouldn’t be any baguettes for breakfast, no crepes on the Champs Elysees. The uncle who should have been my host in London had chosen that particular time to go away to Nigeria (whence I’d just come) on holiday. Thank God for a huge family, an aunt in London was happy to receive me, slapping fish and chips on the menu the next day.

The last incident of me going AWOL was age twelve. It came after a month in Cameroon, having several adventures which included me always on the run from a dog called Fido, but that’s a story for another time. I went by coach from Yaoundé to Douala, from where I was due to fly back to Nigeria. Yours truly should have been picked up from the coach station by another friend of the family, who would then ferry me to the airport. Except that once again there was nobody to pick me up.

Being the travel veteran that I’d become by then, I caught a taxi to the airport, checked in, and waited to board my flight. Apparently my picker upper had reported to Yaoundé that the package never arrived, that young African Shirts was missing, to which he was told to “va cherche le seul fils de B” – which translates as, you better go and find B’s only son. He was also advised, rather helpfully, to check the airport given my travel experience. He did find me at the airport. As my mother later relayed the story to me, there I was, checked in and sitting down, “et lisait son journal” – reading his newspaper.

I seemed to be always misplaced on French speaking soil. I’m sure when I got lost in London, it must have been in a patisserie. Now that I’ve been on television and radio, perhaps I won’t go missing, I’m too old anyway to disappear in transit. Perhaps if my children start hiding under beds, and ducking behind pillars, I might recognise the symptoms and take action. What action? If only I knew, if only my mother knew. Perhaps she does have reason to keep tabs…
Posted by Nkem at 13:05

Oh you are a peculiar guy.....but in the nicest way possible :) You certainly gave me a chuckle this evening.

I'm not as good at getting lost as you but I once got lost in a department store in Trier, Germany. Much to my mother's joy I managed to communicate in German with the store's staff - my education was not completely wasted on me. Unfortunately for me my name was read out over the tannoy and my younger sister spent the rest of the day teasing me.......oh to be an lonely child!!

i got lost in america once and all the oyinbo people thought i was a boy and when they were announcing lost property (i being included) they said : "there's a little boy here with dreads (attachement) who is lost. It is quite embarassing thinking about it now.

Nkem,
do you remember that BSL bus trip to Ibadan, and that one wierd American boy who had brought some tapes to listen to in the bus? And finally we took off the Tupac and Mary J. Blige after like sixteen plays through, and let him put his music on, and then everyone was pretending to headbang to this bizarre song "Smells Like TeenSpirit" by that unknown band, Nirvana. I have no idea why I want to remind you of that, except that your post made me do it.